Objectives of the lesson


Teach about the woodlands of Britain and explain the differences between British woods and woods in Finland. Explain the different types of tree and animal which are common in British woodlands. Revise the levels in the woodland & food chains given a woodland food web. Learn about energy efficiency and transfer of biomass. Discuss issues in British forests such as endangered animals and forest conservation organisations.

Written activity – individual – how many food chains could they find and which was the longest. Drew out the idea than no longer than 5-6 organisms.
This led to the next activity on energy efficiency and loss of biomass as energy transferred. Gave students a worksheet in Finnish to complete ‘where is energy transferred to?’

Description of local forest (Formby) where the red squirrel is endangered. Asked questions on why this may be the case (competition with grey squirrel for food). Explained the role of the National Trust and Forestry Commission.

The student’s had previously completed a lesson in which they learnt about Finnish forests. This lesson built on their knowledge and understanding. They also were able to revisit previous topics (food webs/chains) and apply their knowledge to this context. They developed their understanding of energy loss in food chains.

Some pupils were more able to understand the concepts because of their better knowledge of the English language. It was very useful to have Marjut there to translate our questions and their responses when necessary.

We studied music mainly by listening different kinds of music. Usually I gave assignments via Wilma and students could do them at their own ... 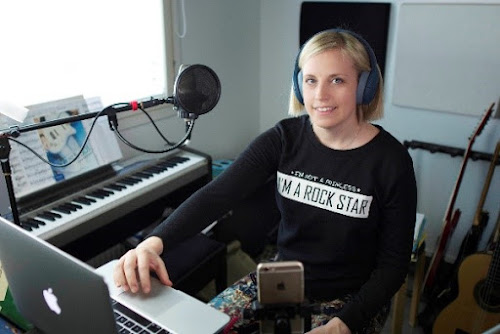